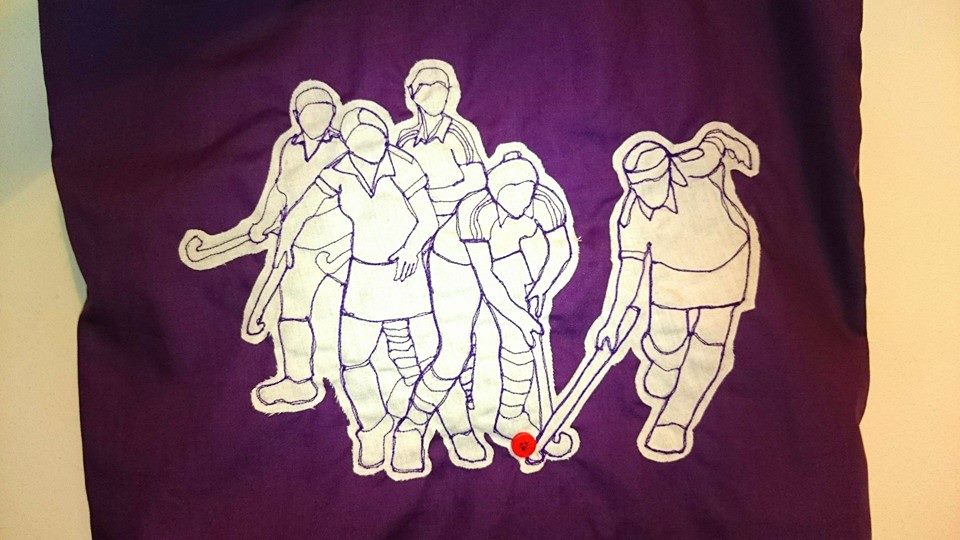 I have not had the best experience with participating in a Secret Santa gift giving and this occasion sums up why it is always a hit and miss activity (although it was resolved in the end… all will be revealed). It was my last week in my job at Aylesbury College and it was the last week of college before the Christmas holidays. We had all decided within the Visual Arts department to make our Secret Santa gifts and with a small budget. Now, I know what you’re all thinking already and it is probably either; 1) a visual arts department at a college will be with talented creative people who can easily make things, or 2) the gifts will either be really good or really naff (as many Secret Santa gifts often are). Some people will put a lot of thought and effort into it, and others will think of it more as a laugh/joke and make something that is meant to be funny but ultimately a throw away item.

Well, on this occasion, the person I drew out of the hat was a Graphics teacher who played hockey in her spare time for a team and was a big part of her life outside of work. We all knew about it and often saw photos of her playing. This gave me a great idea for a personalised gift and chose to collect up some photos of her playing and chose the best representation to take forward into a free-motion embroidery drawing (which I love to do). I decided that putting the drawing onto a tote bag (which I also made) would be the best outcome as it could be used and seen by more people and would be a conversation piece.

Firstly I chose the image, then drew it out onto pale fabric and cut out the silhouette before ironing on bondaweb to the back and joining it to the bag panel. I then began the free-motion embroidery to add the drawing details. For reference, the right hand figure is the teacher using her signature move – one handed hockey stick hold. So here is the bag in progress:

At the end I sewed on a brightly coloured button for the hockey ball as they often are, and it made it stand out nicely as well as another texture. I then constructed the rest of the bag and the strap to make a finished tote bag which I was extremely pleased with… 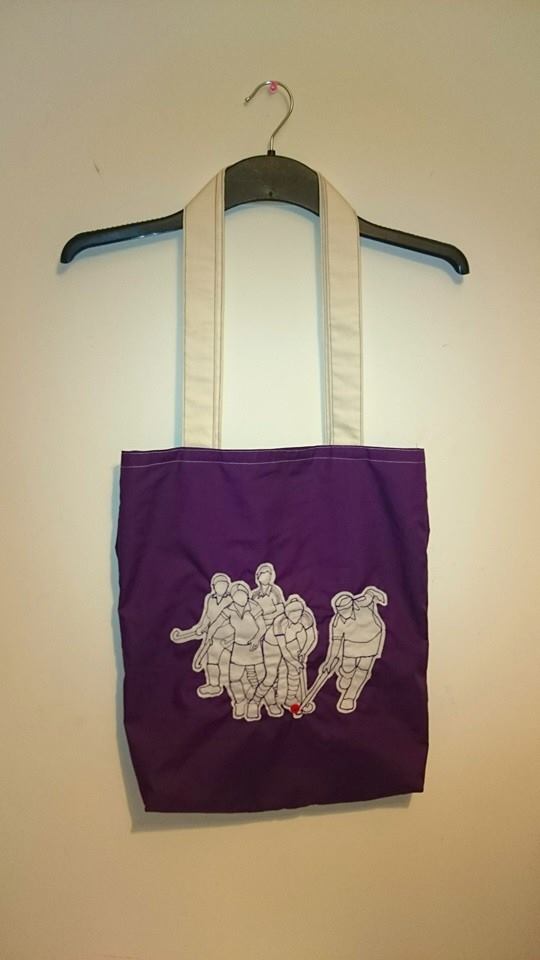 Now, clearly she loved it – who wouldn’t appreciate the time, effort and thought put into such a gift. everyone was really impressed particularly when they realised that the photo was her and her team mates. So, I told you I don’t have a good experience of the Secret Santa event and here comes the punch line… The gift I received was actually from my line manager at the time and not only was it not made by himself… it was made by the Level 2 students, it was also in actual fact, my leaving card! Boom! That’s right, my leaving card was given to me as my Secret Santa gift – a large piece of paper, folder in half with post-it notes attached to it with messages on from the students! Needless to say, everyone was embarrassed on my behalf and the next day, the recipient of my gift had made me a present herself that night to make up for the humiliation and to show her gratitude! Still… moral of the story is; always put in the effort and you will be rewarded in some way or another. In this case it was seeing how pleased the recipient was with the work I had done which also resulted in a thank you gift!

I love the outcome of this piece and would love to receive commissions to make more of this type of item. If you are interested in giving someone a special gift and like the idea of this which could be applied to all manner of different items, please get in touch via private message: Kelly Louise Creations