I took my work out of the kilns today and had a very odd result from the line drawing slump. Rather than the glass being flat and the lines becoming 3D above the rest, it had the total opposite effect and the spaces between ballooned up. As the drawing was of a leg it made the leg 3D in a way I wouldn’t have been able to create if I tried! The lines are evident when touching the underside of the sheet but the drawing is visible on either side. I do like the effect however and have put the same mould back in a different kiln with a new sheet of glass, keeping the kiln programme almost identical to see if it was just moisture still contained in the mould that made it happen. 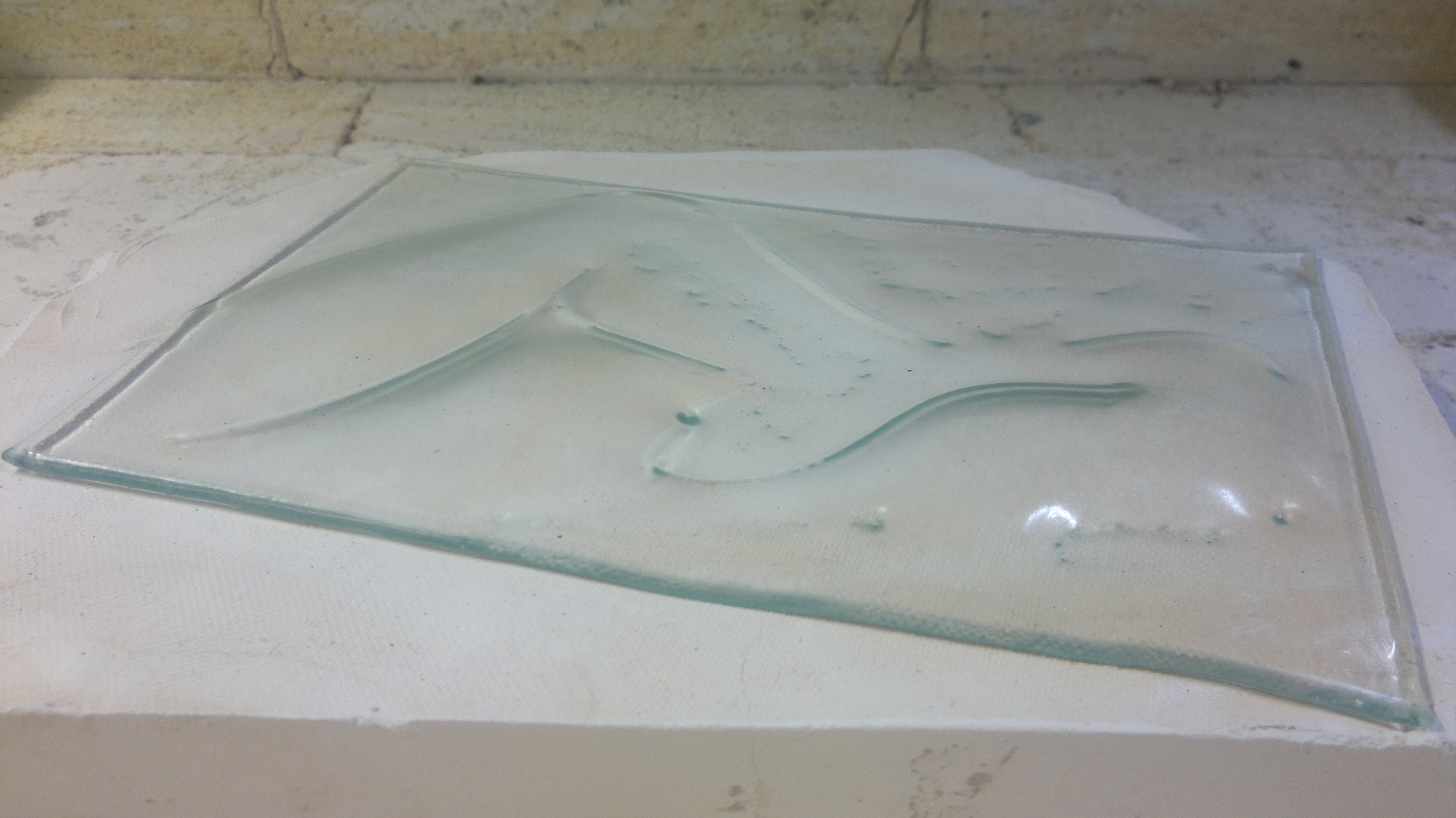