I spent today drawing with paint in a very expressive way partly as a response to Laura Higgins Palmer’s work as mentioned earlier but also to continue my own work in developing movement in imagery. I had a tube with a fine nozzle filled with black paint mixed with PVA glue and water to make it runny. I also used blotting paper to soak up the paint more efficiently. I really enjoyed myself actually and I had plenty of peer responses and tutor responses to the drawings. I was using my photographs taken of my sister in dance poses as inspiration for the figurative drawings. I used images a number of times to get drawings that worked. They were quick to do which is one of the great things about them. The images which captured the movement element really well were the ones taken from a photograph were Rebecca was moving at the time of the photo and so I could add extra movement lines in suggestion of her journey, whereas it is hard to make static poses look like they are moving. I need to observe some dance and draw and take more photos to progress any further. Here is one of the drawings in paint I produced which I love. 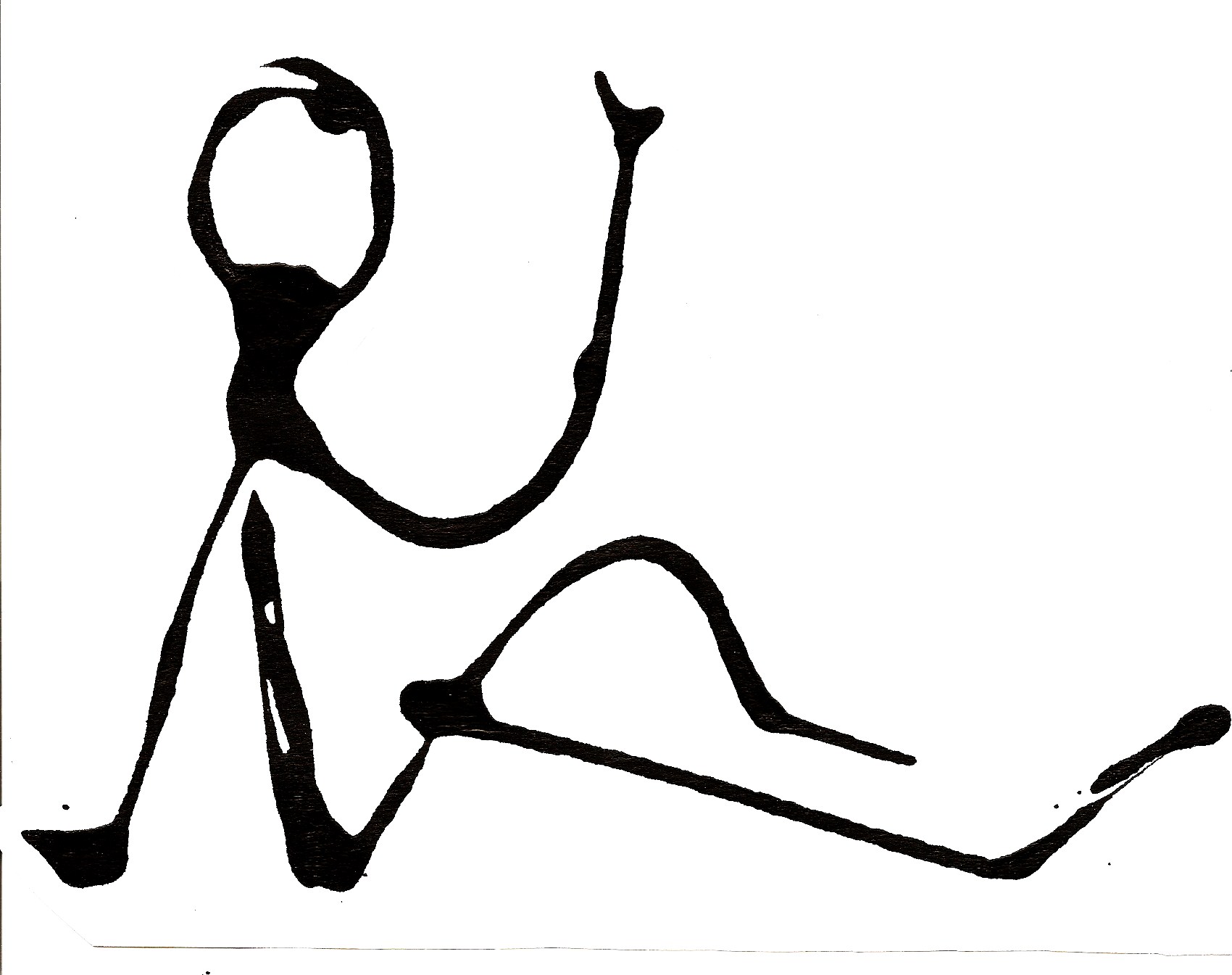 I had put a kiln on with my two coloured glass cylinders and decals on them, however only one had fired on properly. The black enamels fired on well, whereas the light blue and white enamels didn’t. I put it back into a different kiln as the one I was using before was already in use. I have increased the temperature to 540 degrees C from 525 degrees C and hope that will work. I also took one of the flattened colour discs of glass and engraved one of my painted drawings onto it with the flexi-drive. I also added the word DANCE and signed it. I also put this piece in a kiln to fire-polish the engraving as there were no felt bits for the flexi-drive and also because I have not tried to fire-polish glass before so it will be interesting to see how it turns out. All kiln firing cycles have been written down for future reference.

In the afternoon I completed a further sand cast test. This time I included one of the petals I finished the day before to see how it would work. It did look good after the glass was poured into it and while it was cooling so I have every faith it will look great.