I started making paper flowers. The first was using a technique that my younger sister showed me. Her friend Maxine taught her how to make them so I tried it out, from memory (and my memory is usually terrible!) but did a slight variation. You make strips of paper and turn each one into a figure of 8 and glue it. You make a few of these and join them in the middle. I made a few different sized strips and essentially made a few flowers of different sizes and layered them on top of one another. I only used white paper, but could make more using different colours or patterns of paper, even combining the different colours. I then tried out a half-hearted version using thicker strips and less of them in brown paper which looks more like a decoration to attach to a present after the wrapping paper is used. 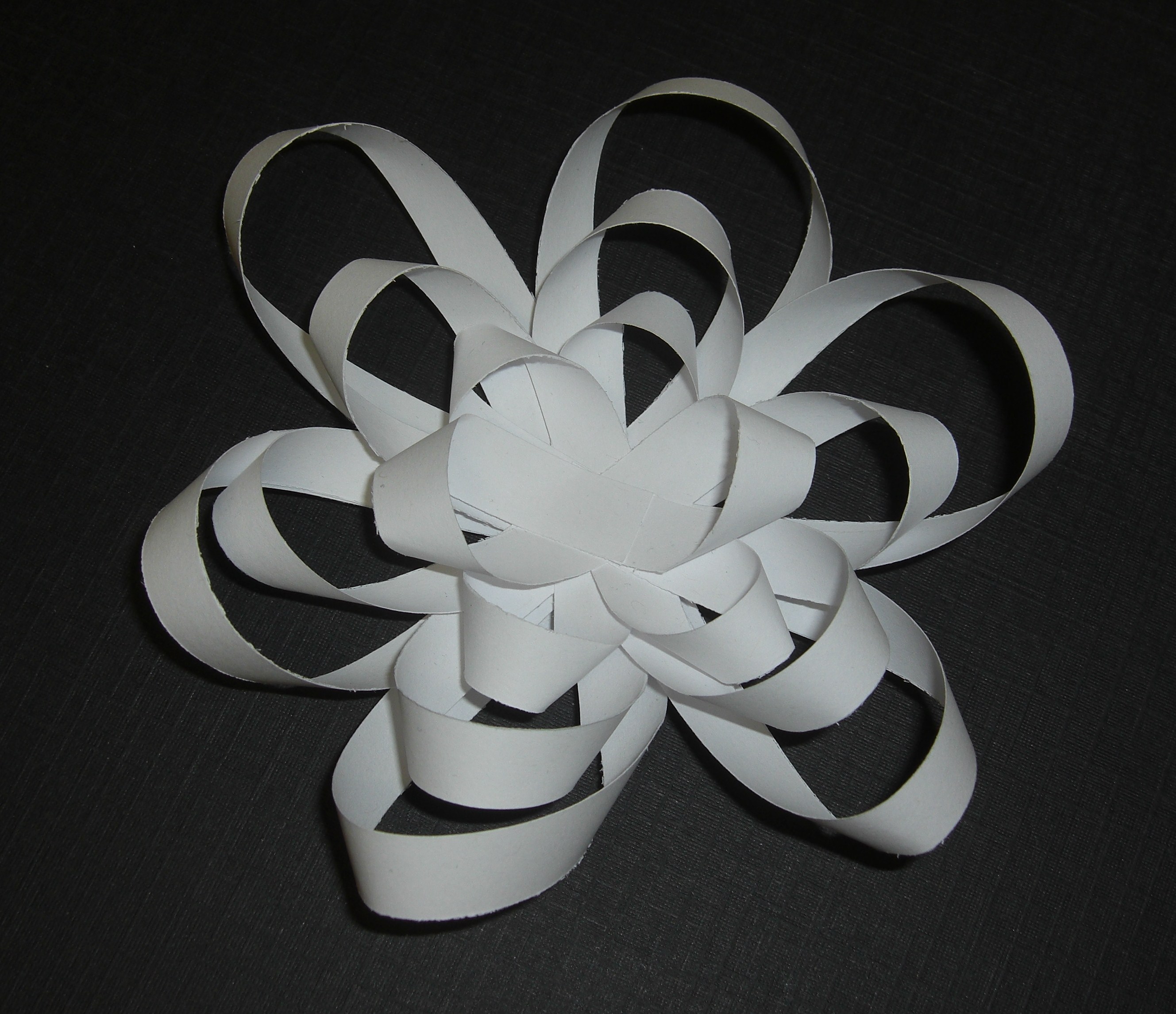 I then tried to make a strip of paper with all the petals attached to it like a paper chain idea and created a coil of paper for it to be attached to and wrap around. I did this a few times but none of them looked right. I then altered the size of the middle hole so that a few would fit inside one another and work up more layers so that each gap was filled by the other layer of petals. I used brown paper with white paper in the centre as the bud. I bent the petals at different angles to give it more depth. I really love this one! 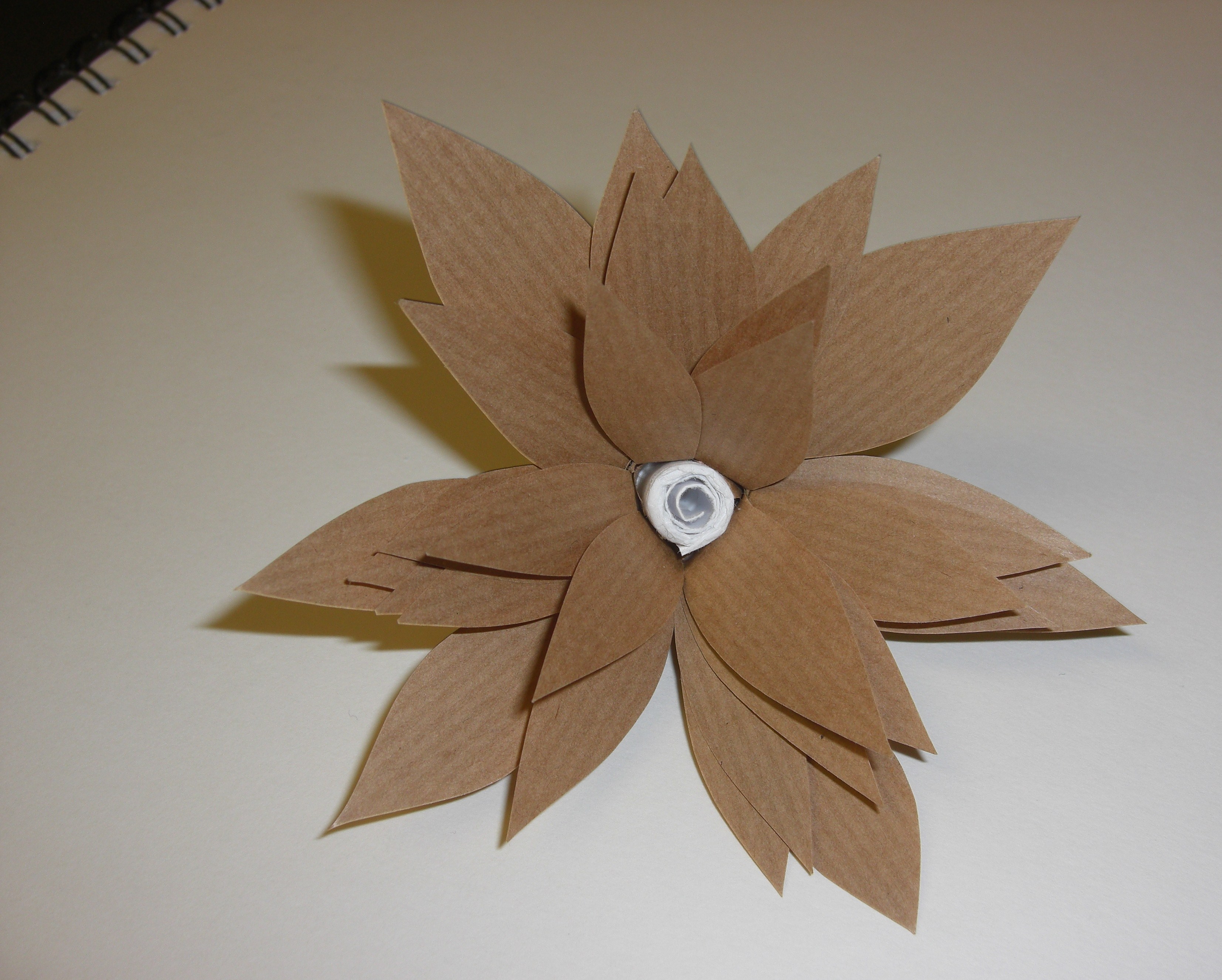 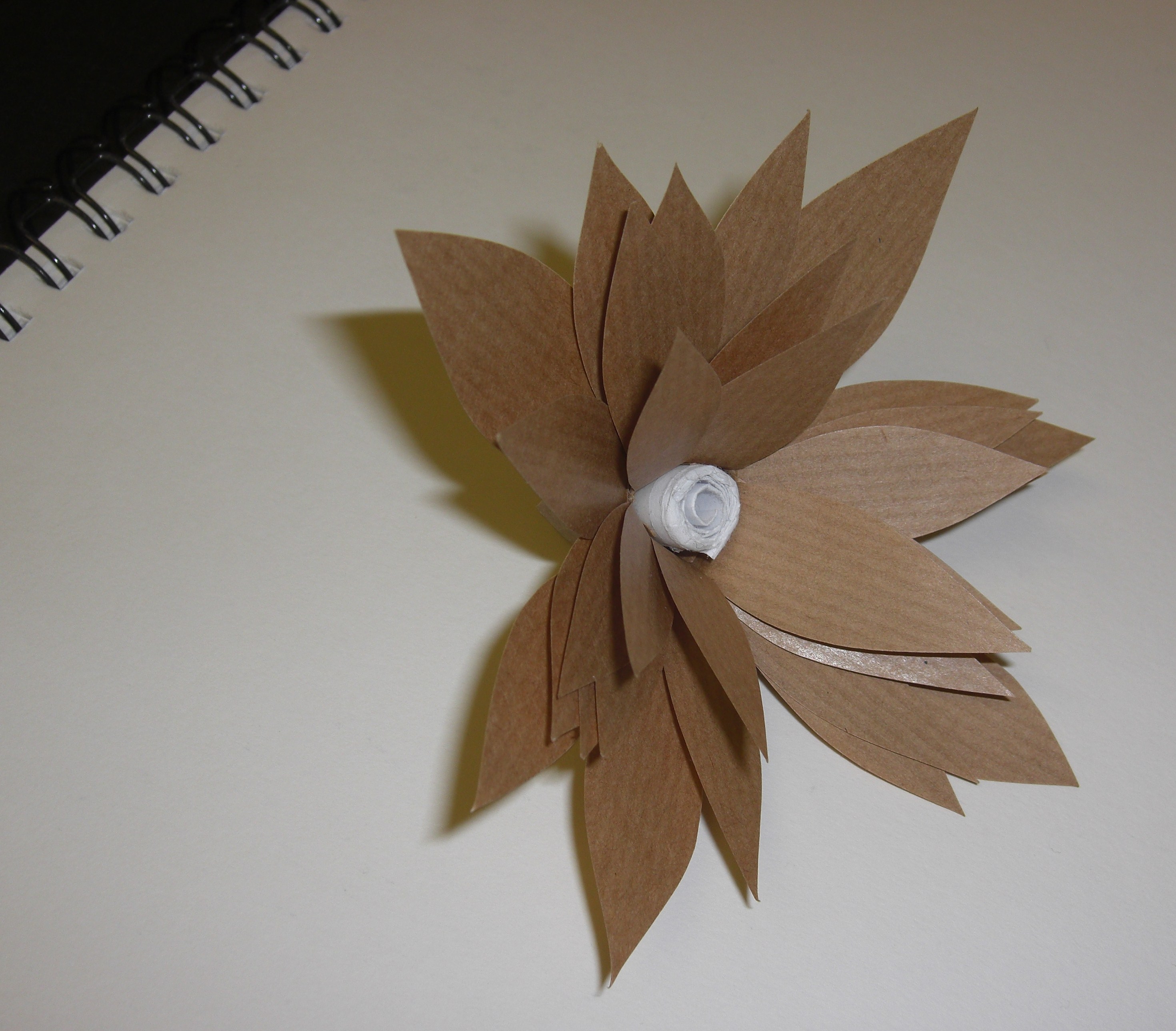 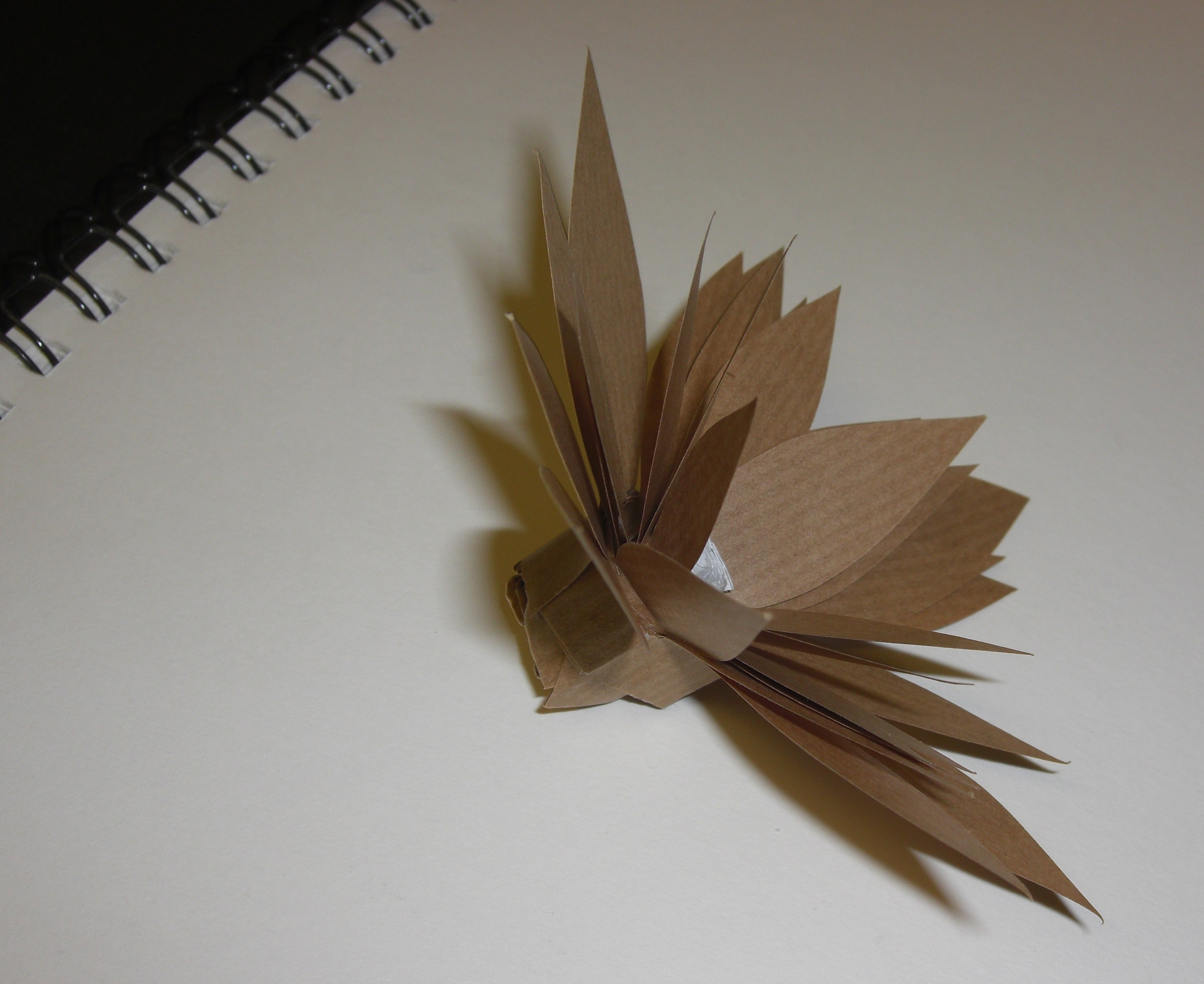 Finally I made a flower which now reminds me of a daffodil using a similar technique of a paper chain but applied slightly differently with a gap in the centre and only bending some of the petals and leaving others upright. 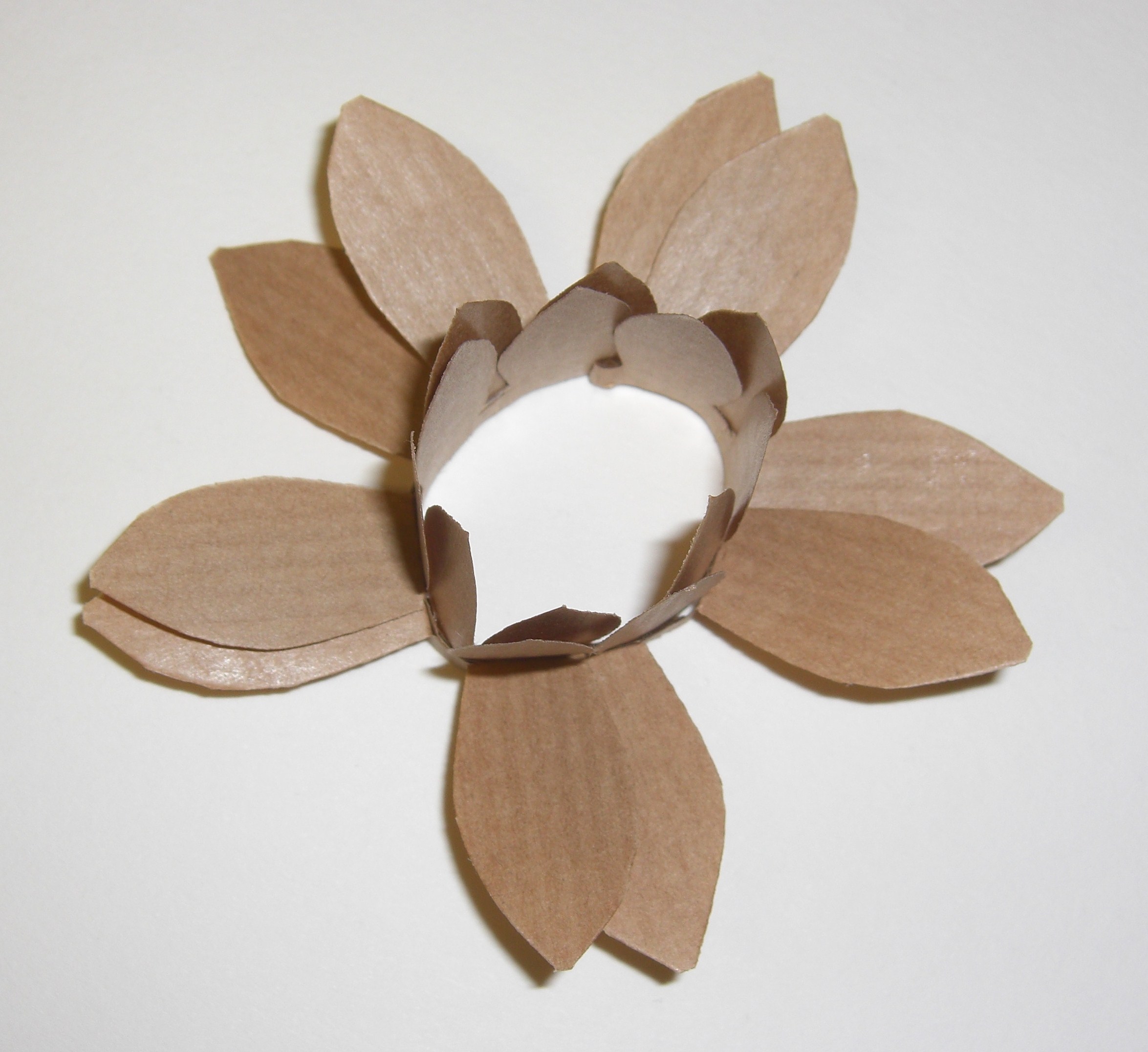 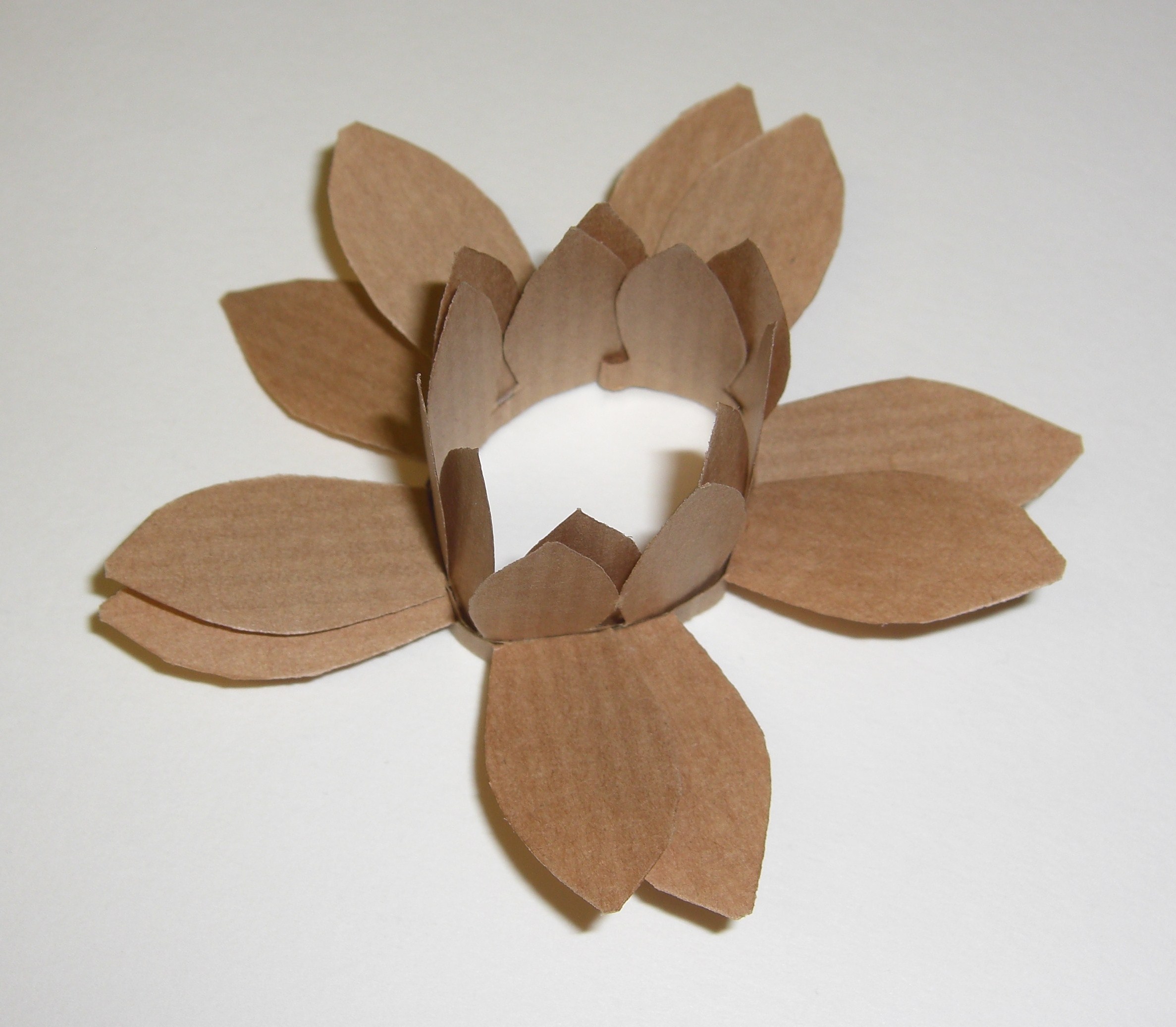 As a quick task I made a wire flower using some copper wire I had lying around. I also made a coil out of another piece of copper wire which I thought could make the stem to one of the flowers (can or paper) if I could work out how to join them together… 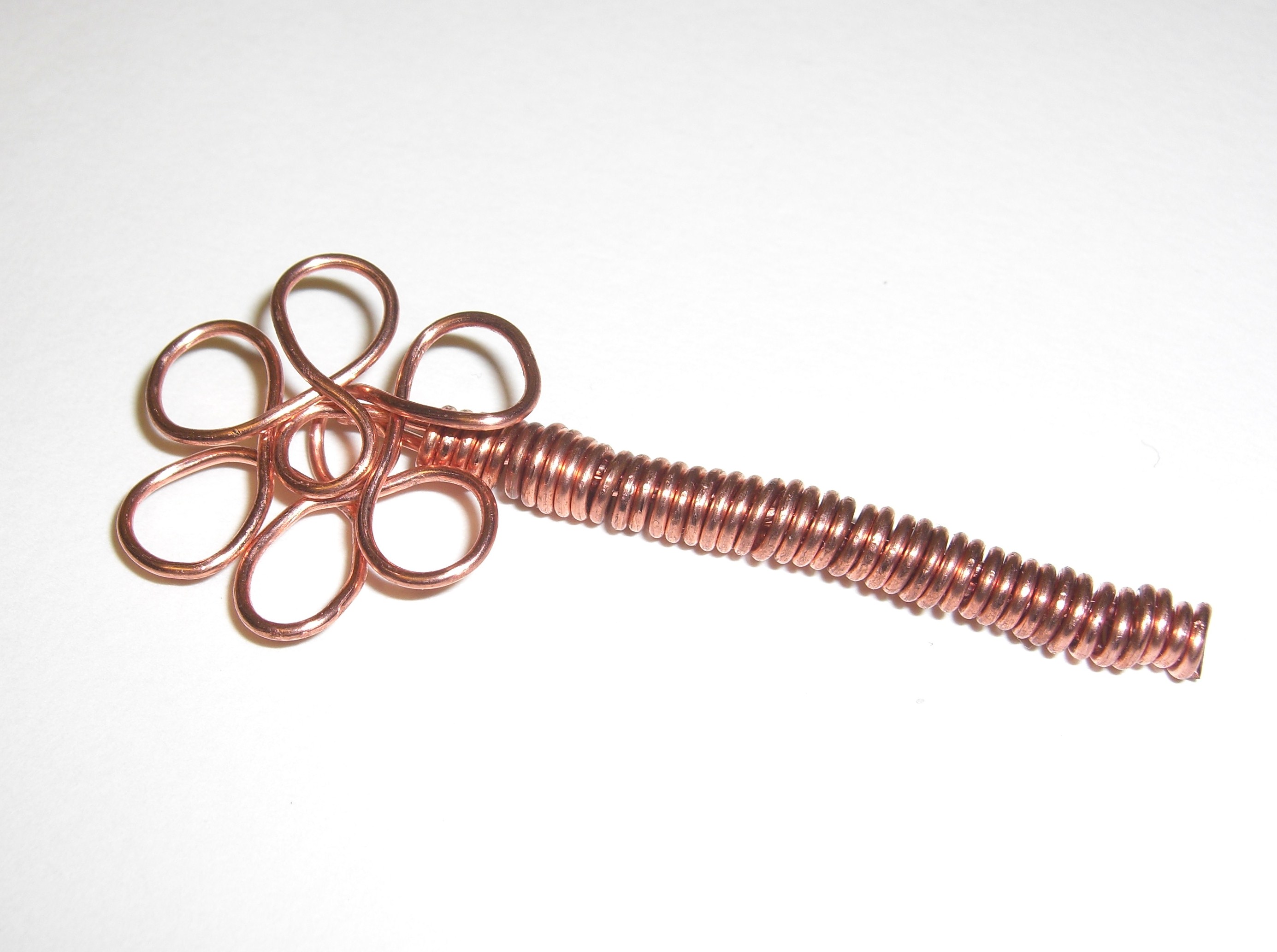